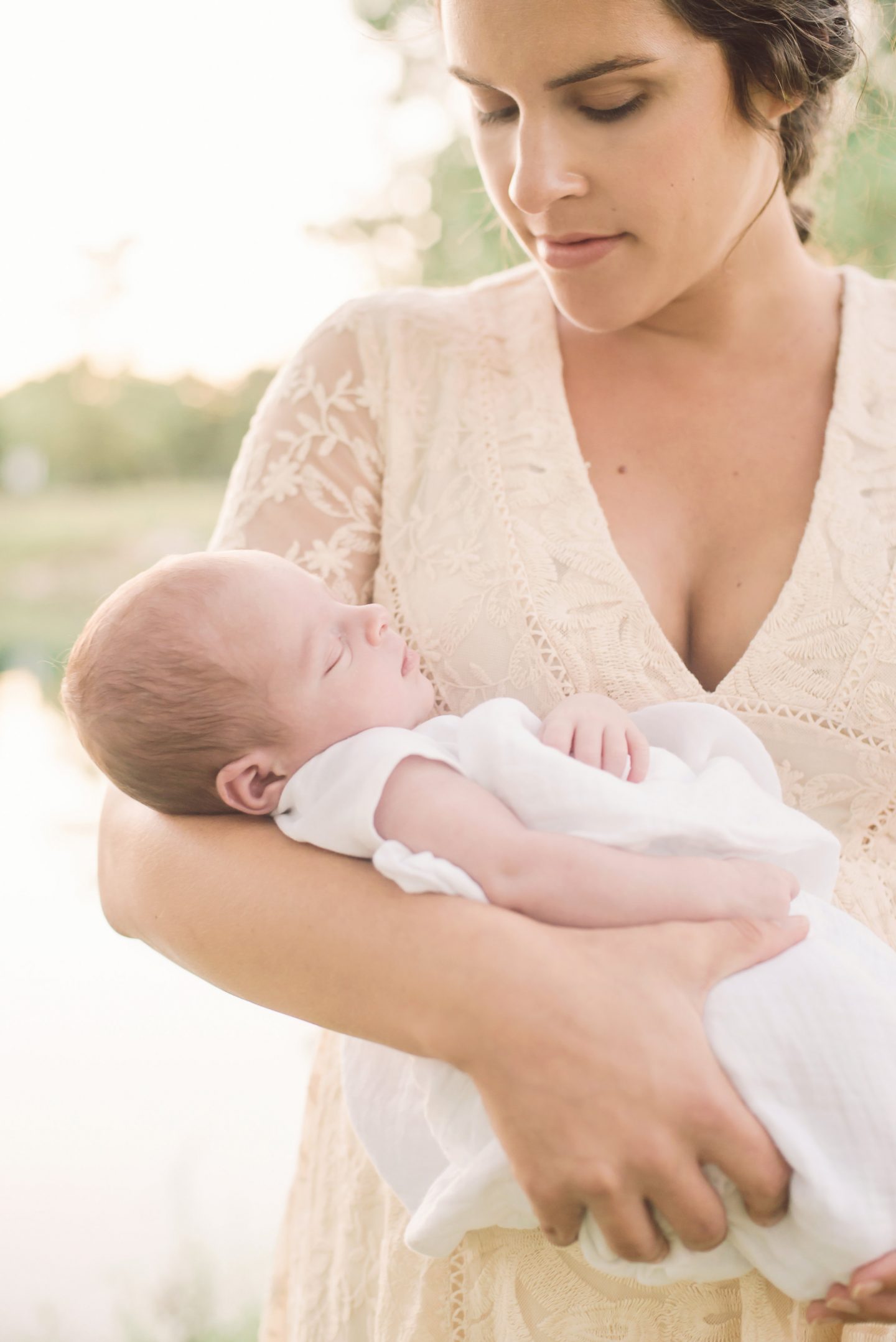 I’ll start this post my saying this delivery story is from the birth of my first son in 2016.

My deliveries could not be more different. I experienced a Cesarean (c-section), not by choice, with my first child and a VBAC (vaginal birth after Cesarean) with my second. I had heard before having my first baby not to make a birth plan because the chances of it going as planned were slim and I would only get let down. I had a little plan in my head because that’s how I work but it was simple and I had an open mind to any changes that might happen. Of course, I wanted to get my baby in my arms the safest way possible.

With my first pregnancy I was really looking forward to delivering my baby. I worked out my whole pregnancy, I was healthy and strong and my body was made to do this. I was going to get an epidural and push my baby out. I knew I wanted an epidural because I wanted to enjoy the delivery process and not be in excruciating pain the whole time. Baby boy had been measuring big throughout my whole pregnancy. I didn’t want to go past my due date because I was afraid if he was too big I wouldn’t be able to push him out, he would get stuck and I would have to have a c-section. Well, that is exactly what happened. The one thing I image every women really does not want is to go into labor and to have a c-section.

A lot of women are dilated towards the end of their pregnancy, whether it’s 1 cm or 4 cm. I was only a 1/2 cm 3 days before my due date and the baby was measuring big. Due to Myles’s size I was scheduled to be induced the day after his due date. The idea of being induced sounded awful because you start things the night before you plan on having your baby and it’s a long process but I wanted to be safe. Another reason I didn’t like scheduling an induction was because knowing when labor was going to start made me nervous. The whole idea of being in so much pain is a little scary and I prefer to let it just hit me when I’m not expecting it.

At 5:30am, the morning of Myles’s due date, I unexpectedly experienced my first of many contractions. I could not believe I was going into labor on my own and I was so excited. At first I thought I was just having some cramping but after counting and keeping track I knew I was in labor and I needed to get ready. After walking around, packing my hospital bag (I’m a last minute type person) and trying to eat I decided to wake up my husband and get this show on the road. Actually, I still wasn’t ready because knowing the next time I’d be home I was going to be a mom and have a baby and life was going to be so different made me emotional. I wanted to take the dog on one last walk and finish little things around the house that I feared I’d never have time to do with a newborn. 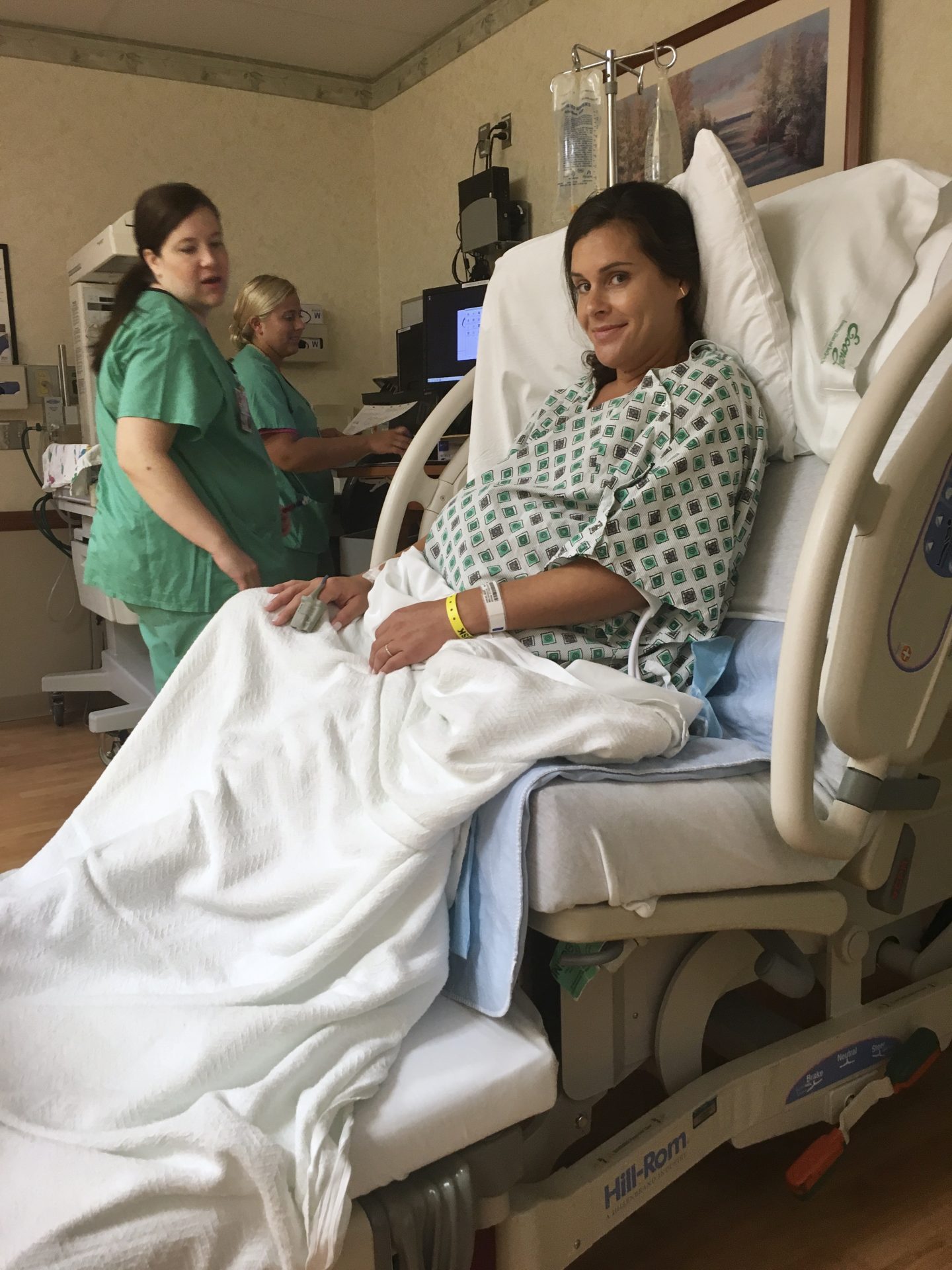 It was around 8:00am once I got to the hospital I was 3 cm dilated so I was admitted to labor and delivery. We called our parents and family to let them know the good news. Before we even left for the labor and delivery room there was a drop in the baby’s heart rate so they hooked me up to an oxygen mask and had me move into a couple different positions until everything was back to normal. That was scary but since it was my first time in labor I didn’t know what was normal and what wasn’t and knew I needed to stay calm. Once I was in the labor and delivery room I got really bad chills. I could not keep my body from shaking. My mom told me she got the chills after delivering so I was prepared for that but not during labor. The shivers were only an issue when they told me to stay still while I got my epidural. I was 4 cm dilated when I got my epidural and I don’t remember much about it. I remember sitting on  edge of the side of the bed, hunched over, hugging the nurse and shaking/shivering like crazy. I remember thinking it didn’t hurt at all and getting my IV hurt way worse.

Once my epidural kicked in I decided to try and get some rest so I rolled over on my side to get comfortable. Baby boy did not like that. There was a drop in his heart rate and a team of doctors and nurses came rushing in, there were more than 10 medical staffed people in the room, an oxygen mask was placed on my face once again and I was getting flipped left, right, on all fours, I felt like a rag doll. Things definitely weren’t going well and I was trying to make eye contact with Michael who was behind all the staff. He had a worried look in his eyes and I was terrified but knew I needed to stay calm to help my baby. During all of this movement I was all tangled. I had my epidural, my IV, the internal fetal heart rate monitor and the oxygen mask, there were wires and chords everywhere and I was getting flipped left and right. Keep in mind I had an epidural so I couldn’t really move my body myself. I could slightly but it was the medical staff that was moving me. The doctor broke my water to see if that would help and I honestly don’t know if it did. I know that was one of the grossest feelings in the world and at some point Myles’s heart rate returned to normal and the machines stopped beeping and the staff left. Michael and I were no longer interested in resting. We were trying to process what just happened and what to do next. The doctor told us we needed to really consider a c-section since this was the second time the baby’s heart rate had dropped. What we came to find out wasn’t handling the really strong contractions or contractions that were really close together. I also wasn’t progressing. I had been at 6 cm dilated for hours and it was now 6:00pm. I couldn’t be given Pitocin or anything to speed up labor because it was the labor itself causing the baby to go into distress. Not long later the machines started beeping, an even larger staff of people rushed in, I was hooked up to oxygen and tossed left and right until the baby’s heart rate was stable. We made the decision to have a c-section because that was what was safest for Myles.

We were told I would get wheeled into surgery and Michael would get scrubs on and we would meet up once I was prepped. I hated that. I was nervous and anxious and now I was being separated from my husband. Once I got to my new room in surgery I was lying down flat with my arms out to a T and my legs in a diamond shape. I felt like a frog that was about to get dissected in biology class. I was till shivering so warm blankets were placed over my arms. I met the anesthesiologist he explained what he was going to do, since I had an epidural no additional needles were needed. I was still shivering really badly and he gave me something and it stopped almost immediately, I don’t remember what it was or why I couldn’t have had it earlier but I felt much better. Before the anesthesiologist left he applied pressure to my belly and asked when I stopped feeling the pressure. I was almost ready to go until I felt extremely nauseous. I was told that would be a side effect and I asked the nurse what I should do, she told me to tell her when I felt sick. I was like I feel sick right now. Being stuck on my back with my arms stretched out to my sides all I could do was turn my head and just in the nick of time a nurse was there with a bag. That was awful and I had to ask her to wipe my face for me. Finally I started to feel better, I was no longer shaking and Michael finally came in ready to go with a hair net and everything. He sat next to me behind the curtain. There was a little window in the curtain so I could see when they started to pull the baby out. There was so much pressure it was very uncomfortable, it wasn’t painful, just uncomfortable. Myles was really low in the birth canal since I labored for so long before the surgery started so there was an extra amount of tugging and pulling. Once the pressure stopped I immediately heard crying and I started to cry. Above the curtain a little (actually kinda big) baby popped up and I got my first look at my son, he was then taken to the side to get any fluids suctioned out. They cleaned him and measured him, wrapped him up and handed him over to Michael. I could not stop crying. I was so relieved and excited and I just couldn’t believe I was a mom, we were a family. Michael sat next to me with the baby while I got put back together. After I was stitched up they put Myles on my chest and wheeled me to recovery where I got to bond with the baby and finally do skin to skin. Michael went out to share pictures with our family and to update them on my recovery. He latched on right away and it was the most perfect moment and beautiful experience.  Myles was born shortly after 7pm and I didn’t see my family till after 10pm! Once they started to come into the room I started crying all over again. I was so happy and overwhelmed. 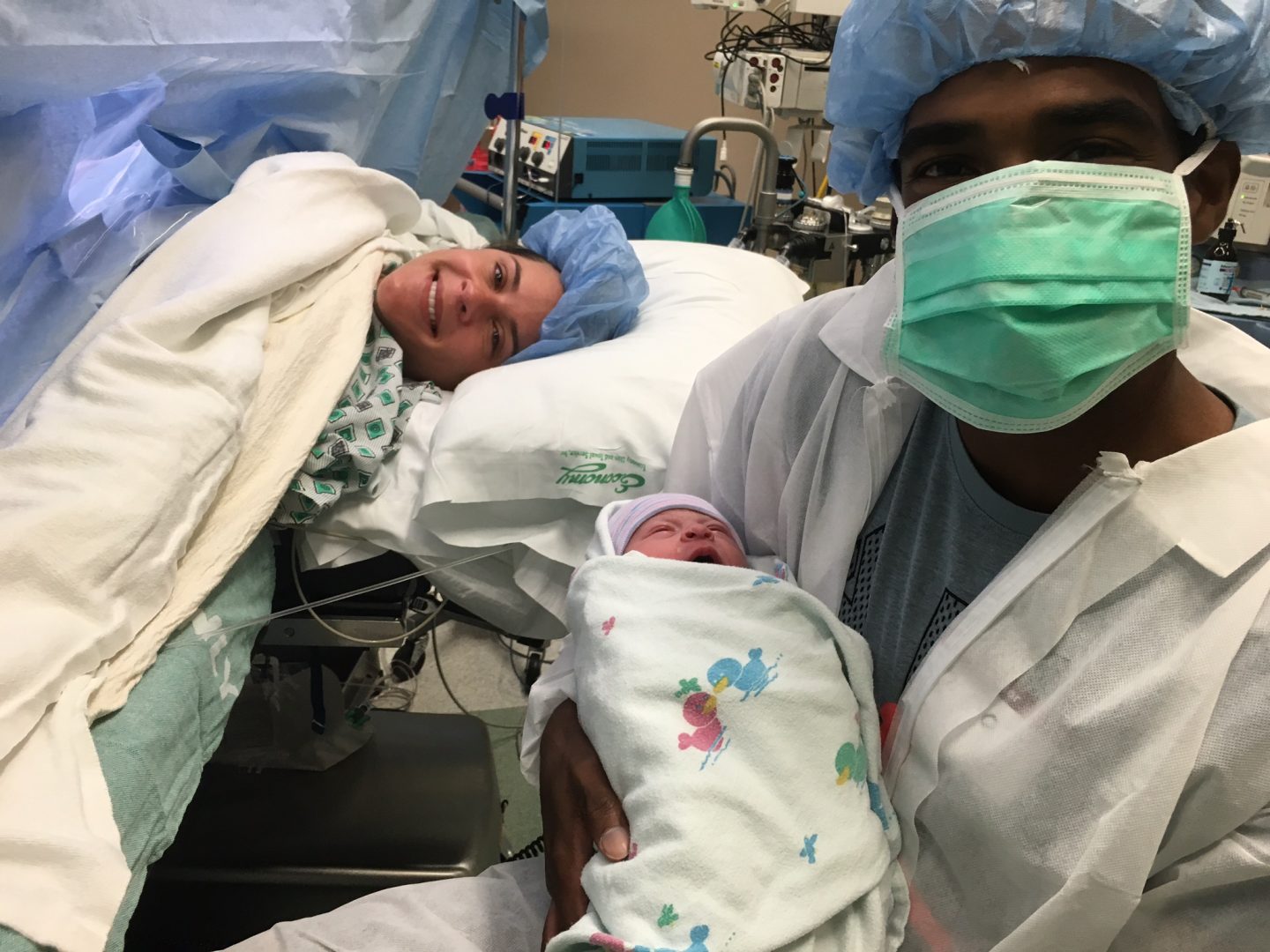 I stayed in the hospital for four days. I was scared to go home because I didn’t know what to do. At the hospital I was changed, cleaned, fed, the baby was changed and cleaned. All I had to do was feed the baby and recover. Recovering was no joke at first. I couldn’t laugh at all because the incision hurt so bad, I coulnd’t sneeze or cough. I could but it hurt soooo bad. Walking was a challenge as well as going to the bathroom but each day got better and better. When I got home the dog was so happy to see me I was very protective of my incision but then he bumped into me and I thought I was ripped open, I had to go to my room and cry. I didn’t want to alarm anyone but I needed a moment to myself. My first full day at home my mom, sister, aunt and I walked to Starbucks while Michael stayed home with Myles. It was the slowest walk I had ever been on but it felt so nice to get out and about again.

The hardest part with this delivery was the emergency part, I think if you were to have a scheduled c-section it wouldn’t be so bad. What I hated the most was having to wait to do skin to skin. In the end our beautiful boy is here, he is now days aways from turning 2!

Up next is Noah’s birth story.